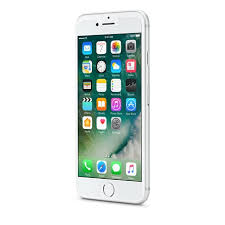 Apple posted better quarterly revenue of $45.4 bn and quarterly earnings per diluted share of $1.67 for its fiscal 2017 third quarter ended July 1, 2017. The stock has hit all time high about 6% on iPhones sales.

International sales accounted for 61 percent of the quarter’s revenue.Apple has stated it has sold over 1.2 bn iPhones worldwide, and 41.03m in the last quarter.

“We hosted an incredibly successful Worldwide Developers Conference in June, and we’re very excited about the advances in iOS, macOS, watchOS and tvOS coming this fall.”

“We reported unit and revenue growth in all our product categories in the June quarter, driving 17 percent growth in earnings per share,” said Luca Maestri, Apple’s CFO. “We also returned $11.7 billion to investors during the quarter, bringing cumulative capital returns under our program to almost $223 billion.”

Apple’s board of directors has declared a cash dividend of $0.63 per share of the Company’s common stock. The dividend is payable on August 17, 2017 to shareholders of record as of the close of business on August 14, 2017.