We have heard someone ranking to the million dollar spot in their 30s or 20s… maybe even in teenage… but won’t we really gobsmack you if we present a 6-year-old catering a bank balance of the same repute?

Well, yes- today we are gonna prove it that success sees no age. Ryan, the 6-year-old host of the acclaimed YouTube channel Ryan Toys Review is reportedly a multi-millionaire as of today. 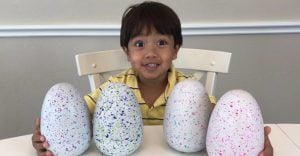 The small kid has the peculiarity of a genius and the way he reviews his toys connects everyone to his knowledge and articulation of the facts he presents and argues upon.

Toys are a kid-thing, so When He Asked, WE THOUGH… YES, WHY NOT? If young-adults can review phones and racers can review motorcycles, why can’t a kid review toys?

It all began when Ryan was merely 4-year-old and while using his father’s iPad became a fan of toy-review videos. So, he asked his parents why he couldn’t also review toys on YouTube.

The run was slow and steady for Ryan Toys Review until a July 2015 video went viral. The video featured Ryan opening and reviewing a “GIANT EGG SURPRISE” box containing over 100 toys from Pixar’s Cars series. The video currently begets close to 800 million views.

Ryan’s videos have captured many hearts with his simplicity and innocent narration yet with graphic details of toys the reviews and rates. Of course, the channel is family operated and is administered by his parents but every penny is in the name of this 6-year-old miraculous host who brings critique lines to life!

According to Forbes’ annual list of highest-earning Youtubers, Ryan Toys Review has formed around $11 million in pretax income during 2017. The raw valuation of $11 million made Ryan Toys Review equal to that of Stalwart Smosh and gained the eighth place on the Forbes list. 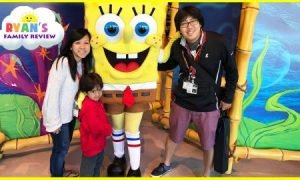 Last year, the prominent tech blog The Verge covered the profile of Ryan’s parents, who have shot and produced the account’s frequently (nearly daily) released videos since Ryan Toys Review started in March 2015.

According to The Verge:

The channel’s viewership, which boasts a current audience of 10 million subscribers, translates to around $1 million a month in advertising revenue alone.

The channel now conduces to review new toys or kids’ food products and the videos usually feature diligent and passionate discourse from Ryan with off-camera supervision from his progenitors.