Apple iPhone X has been a revolution altogether and a surprise bag because of many reasons, one being the facial recognition feature instead of the traditional Touch ID. And, following the trend, Xiaomi is also going to opt for the same in its next iteration.

Xiaomi is expected to launch the successor to its flagship Mi 6 smartphone in the first quarter of 2018. 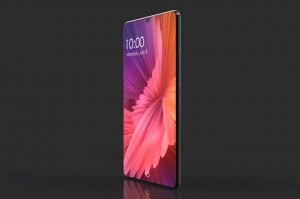 Rumours encompassing the Mi 7 have been frequently doing the rounds recently and a recent report this week gives us an idea of what to expect on the biometric front.

The upcoming flagship is likely to come with a 3D facial recognition feature, similar to the iPhone X, and will likely drop the fingerprint sensor altogether.

The latest report comes via a major tech blog, which mentions sources who say that the Mi 7 will feature a facial recognition technology with dedicated sensors much like the iPhone X’s Face ID.

The Chinese company is dropping the idea of an under-display fingerprint scanner as was previously reported by GizChina.

The Mi 7 is rumoured to ditch the fingerprint sensor strongly suggests that the flagship will sport a near bezel-less display. This is expected as the industry trend this year has been about full-screen smartphones and Xiaomi has already launched two Mi Mix models, Redmi 5 and Redmi 5 Plus all of which sport narrow bezels.

The latest report does not give us a lot of details regarding the facial recognition feature, but we’re sure to learn more about it as we approach the launch.

The upcoming Mi 7 is tipped to sport a 6-inch full-HD+ (1440×2560) AMOLED display with an 18:9 aspect ratio. Xiaomi has confirmed that the flagship will run on the newly announced Snapdragon 845 processor.

It is expected to be backed by 6GB of RAM and 3200mAh battery. Much like the Mi 6, the Mi 7 is also expected to sport a dual rear camera system. As per past reports, this could comprise of two 19-megapixel sensors while the front camera will feature a 16-megapixel sensor.