Reportedly, the MD of Facebook India Umang Bedi has voluntarily stepped down from his position for unknown reasons, the social networking company said on Tuesday.

Speculations are made around the rising of privacy concerns among the users and improper feed forwards regarding reporting and content regulation in the country has led to his resignation.

We confirm that Umang Bedi will be leaving his role at Facebook at the end of this year. He has built a really strong team and business during his time with us, and we wish him all the best. 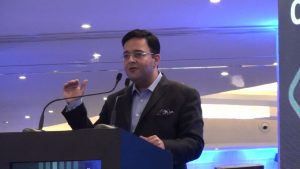 Bedi was appointed as the managing director in mid-2016, taking over the India business from Kirthiga Reddy who moved to the company’s headquarters in Menlo Park, the US.

Before joining Facebook as the managing director, Bedi had worked as the MD of the South Asia region at Adobe.

On another hand, according to some other sources, Bedi is also expected to start an entrepreneurial venture of his own.

The establishment of speculations has due to the absence of Bedi’s immediate comments on his resignation from the social media major.

According to data, India is the second largest user base for Facebook globally, after the US. To compensate the substantial gaps in the top order management of Facebook India, Sandeep Bhushan, Director, Consumer, and Media, South Asia has been immediately appointed as the interim head of country’s biggest social networking platform.