Anurag Kashyap is today a household name. He is a well-known face amongst the young mob. He has earned a cult following all due to his excellent film making, off-beat movies, and noir narratives.

But this name is all hard-earned.

Anurag has to rub his ass off to make his mark in the sometimes unwelcoming Hindi movie industry. 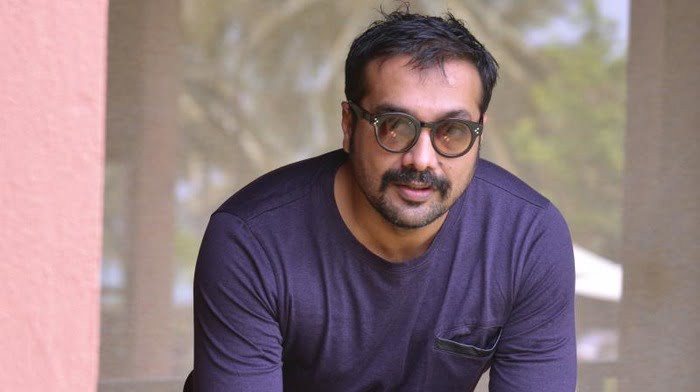 Anurag Kashyap’s story starts since 1993 when he had arrived in Mumbai with just 5,000 in his pocket.

But, as he was not able to get any part time assignments or a day job, soon he ran out of money.

Then, he helplessly spent months on the streets, and on a range of highly excruciating bear places.

AS I BECAME A RAG, I STAYED IN LOFTS, SLEPT ON STREETS, SOMETIMES BEACHES, AND ONCE UNDER A WATER TANK AND IN THE ST. XAVIER’S BOYS HOSTEL. AND I WAS SHAMELESS ABOUT IT. BECAUSE THAT WAS ALL I COULD HAVE AFFORDED AT THAT TIME.

Then, after years of struggle, he somehow managed to find some work at the Prithvi Theatre, but his first play remained incomplete because the director died.

But, his off stage work fetched him some reputation. With that, he hit a movie contract as a writer.

His exceptional command over writing fetched his second project and upon request, he was signed as the sole director of the 1999 short film, Last Train to Mahakali.

The movie won the Special Jury Award at the 8th Annual Screen Awards.

In 2000, his seven years old struggle seemed to come to an end when Kashyap made his mainstream directorial debut with Paanch.

However, the film has not been released till date due to the objections of the Indian Censor Board then.

Finally, his first official debut as a mainstream director was followed by the highly acclaimed Black Friday, based on the blasts that rocked Mumbai in 1993.

The success of this movie gave rise to his full-time career in Bollywood and with each movie his place just got firmer in the Bollywood.

He finally hit the top spot of his career with his  2012 cult crime drama Gangs of Wasseypur series, which got praised nationwide for its dialogues, storyline, narrative, entertainment and stellar acting performers by all the actors.

Anurag has been a figure of controversies as well, but that has not stopped him from being one of the most loved and gifted directors of today’s Indian Hindi cinema and we just cannot y get enough of him.

More power to the one who defines life much more honestly on screen than any other Indian Filmmaker.