Steve Jobs was known for redesigning Pixar’s office with collaboration in his mind. He brought the animators, executives, and editors all under one roof rather separating them with different buildings, with the idea that possible encounters would lead to the interbreed ideas. It really worked. 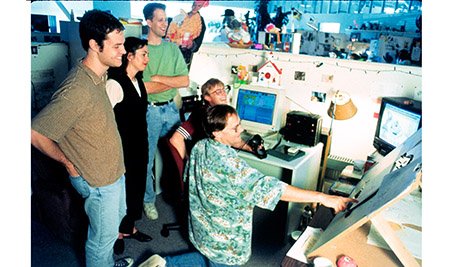 According to Pixar’s former Chief Creative Officer, John Lasseter, he had never witnessed a building promoting creativity and collaboration as well as this one. Job’s decision is supported by social spatial science, which is followed by other companies like Google.

In a study at the University of Michigan in 2013, it was stated that researchers in the same building were 33% more able to collaborate than colleagues who work in different buildings. Those on the same floor were 57% more likely to collaborate.

However, it is more than just proximity there is chemistry. A  Cornerstone and Harvard Business School study shows that placing together the right type of workers generates 15% increase in performance and around $1 million annual revenue. However placing toxic workers together increases 27 % of the possibility of one of them being terminated.

Here are tips that you can start to improving collaboration in the office. 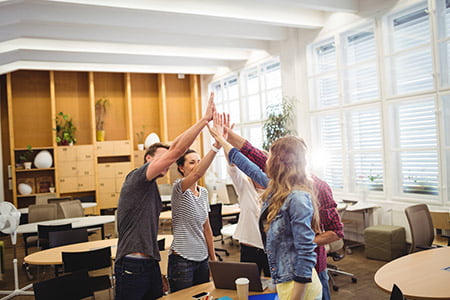 Identify the value of collaboration for your company

Collaboration is of different types serving different business needs. And hence you should not just simply create an open space. Each of the different forms of collaboration can shape how you approach a space.

For instance, for a larger organization facing disconnection between executives, managers and entry level employees having multiple common spaces where employees from different levels get a chance to interact will be beneficial.

For a small organization where employees often fail to have one-on-one communication, it will smart to have a few booths and meeting rooms to enhance and encourage paired collaborations.

Evaluate the need for various teams in your organization

Next step is considering how the layouts will affect the various teams and departments. For instance, if you place sales department that needs space to on calls and with clients with engineers who need to focus and brainstorm it will be the worst close proximity. Sales people can be with HR or similar department that needs constant communication and engineers can be placed close to marketers where they need similar kind of work environment of solo concentration and collaboration.

Have a room for solitude

Strong collaborations can have a notable impact on productivity which starts with a motivated individual. People often need more privacy and space to put their head down to work to deal with the work and its intensity. When you offer moments of being alone by spaces like quiet rooms, pods or phone booths the employees will feel more refreshed in group settings. The scientific fact to it is providing space for ‘me’ to flourish in the ‘we’.