OnePlus 5 and 5T have been on a rampant as they broke the market and became overnight bestsellers courtesy their power-packed feature set and reasonable pricing.

Now it is the OnePlus 6, which is company’s next flagship smartphone, said to launch as early as March 2018. The upcoming device is said to feature an under-display fingerprint sensor, and will be powered by Qualcomm’s latest Snapdragon 845 processor. 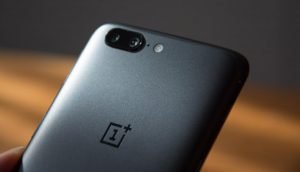 OnePlus 6 will ship with the same facial recognition technology for unlocking that we saw on the Apple iPhone X.

Just like iPhone X, the OnePlus 6 will also have the same 3D camera module that uses infrared light to measure depth.

Of course, the latest reports need to be taken with a pinch of salt as June is when the Chinese technology troop typically launches its flagship smartphones. 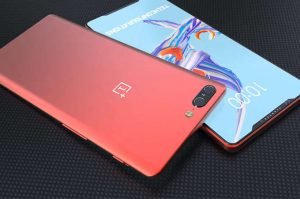 However, we’ve seen OnePlus launch mid-cycle upgrades to its flagship models within four to six months. To give a perspective, OnePlus 5 was unveiled in June, while the OnePlus5T launch happened in October.

Last year, OnePlus 3 was followed by the launch of OnePlus 3T in December. Given OnePlus is unveiling a new phone every six months, it might just be possible that OnePlus 6 launches in March 2018.

The most recent OnePlus, the OnePlus 5T marks a design change from company’s earlier patterns as it features a 6.01-inch bezel-less display. Most other features remain the same as OnePlus 5 smartphone. The display has a Full HD+ resolution with an 18:9 aspect ratio. It is equipped with the Snapdragon 825 processor, and a limited storage option as default.