Home-grown mobile gaming company Nazara Technologies is gearing up to make a slew of acquisitions, particularly in the real money gaming space, even as the Mumbai-based company prepares for its public market debut early next year. 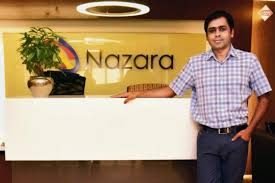 Nazara, which counts Rakesh Jhunjhunwala, IIFL and private equity firm WestBridge Capital among its list of institutional backers, is believed to be in late-stage discussions to acquire at least four companies across its home market India as well as the African continent, which has emerged as an important geography for the 18-year-old company, said two sources aware of the developments.

The company, which is expected to go public in February and is looking to raise over Rs 1,000 crore in the issue, has earmarked Rs 50 crore to Rs 75 crore for the buyouts, which could close by the end of October.

ALSO READ: Google is planning to partner with Flipkart, Paytm for launching its ‘Shopping’ tab in India

Deepak Abbot, senior vice-president at Paytm, said the company has more than 33% market share in UPI payments, and with its marketing initiatives, it aims to position Paytm UPI as the leading payments and gifting solution. The company hopes to promote UPI as a mode for instant funds transfer as well.

“We are expecting to see two times growth in Paytm UPI money transfers during this festive season,” Abbot told, adding that the company, which had registered 137 million UPI transactions in September, is aiming to widen its user base to 100 million users by December.

Walmart said it has acquired online lingerie retailer Bare Necessities for an undisclosed amount. It is its second apparel-focused acquisition in less than two weeks as it seeks deeper inroads into the online fashion space.

The deal also reflects a sense of urgency to defend market share after a recent report estimated Amazon will overtake Walmart as the leading retailer in the apparel category in 2018.

The Bengaluru-headquartered mobile entertainment services company said this acquisition is aimed at expanding OnMobile’s games footprint globally. The company said in a filing to the stock exchange that it would pay “not exceeding $ 15 Million in two or more tranches including an earn out portion” for the acquisition.

Alibaba‘s payment affiliate Ant Financial has pumped in another $210 million in restaurant discovery and food-delivery platform Zomato, as the company ramps of spending for its market leadership battle against rival Swiggy.

Info Edge disclosed in a stock exchange filing on Friday that it’s ownership in Zomato will fall from 30.91% to 27.68% as a result of the infusion from Alipay Singapore Holding Pte. Ltd or other affiliates of Ant Financial.

“We would like to bring to your knowledge that Zomato has signed a definitive agreement to undertake a primary fund raise of approximately USD 210 million from Alipay Singapore,” said Info Edge in the filing.