Recently, the women’s division of the WWE has become one of its topmost priorities. To keep that in check, the company has now recruited its first Indian female wrestler ever. Kavita Devi, who has also been a part of the WWE’s Mae Young classic tournament, has again made history by becoming the first ever woman wrestler from India to be awarded a WWE developmental contract. 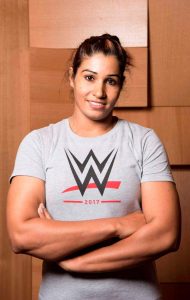 The WWE Champion Jinder Mahal during his visit to Delhi had already announced his recommendation for Kavita Devi.

Devi’s profile speaks of her as an accomplished power-lifter who had won gold at the 2016 South Asian Games, while representing India.

Kavita Devi also holds the exclusive record of being the first Indian woman to compete in a WWE ring, during her participation in the Mae Young Classic.

She also used to play Kabbadi in high school, and hence had learned her ring skills from her mentor, who is in fact none other than the former WWE World Heavyweight Champion Dalip Singh Rana a.k.a. The Great Khali. 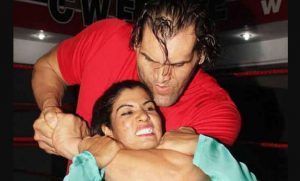 Before getting into the arena for the first time, she would begin her training at the WWE Performance Center in Orlando, Florida from January 2018.

It was a privilege to be the first Indian woman to compete in WWE.

Participating in the Mae Young Classic with some of the best female performers in the world was a great learning experience. Now I am looking forward to pursuing my dream of becoming the first WWE Women’s Champion from India.

And for the record, here’s one in-action Kavita Devi to you: