Corona virus cases in India are alarmingly rising, and it seems like the country has reached the third stage of the epidemic. First-ever community disease spread has got reported now. Till now, 275 coronavirus cases in India got confirmed until now in different states and UT of the country. Moreover, for avoiding risks, the temperature of people is screened at airports, railway stations, and other public places. 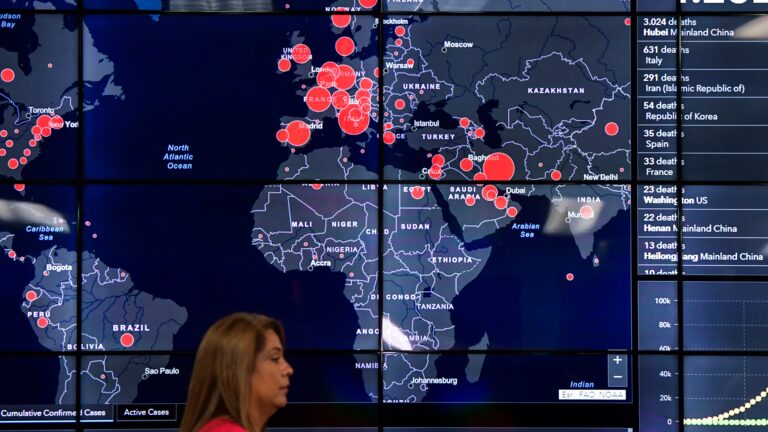 In addition, several instances of people running away from isolation, quarantine, and skipping mandatory screening at airports got reported. Now a video of another irresponsible behavior is getting viral on social media.

In the video, an official of Indian railways is screening passengers in a very careless manner.

The officer in the video isn’t even lifting his hands and is talking on the phone. Forget about other people’s lives; he is not even bothered about his health as furthermore isn’t even wearing any mask. Two policemen are seen in the background, but they look hesitant in intervening n his carelessness.

Oh bhaisaab! He’s not even pretending to work. His hand is more कर्मठ and निष्ठावान than him.

The video is getting viral on social media, and people are giving their opinions on it. Above all, people are angry over the government officials for their carelessness at this time of the global pandemic.

This guy is getting a salary for waving people on? How much effort does it take to stretch his arm enough to reach passengers’ foreheads? This is truly social distance checking! Arrest him. And not wearing a mask which on second thought doesn’t bother me. https://t.co/xLEJA9E2MB

Furthermore, people are tagging and asking the higher government officials for suspending him for his negligence and for endangering the lives of people. In conclusion, the next few weeks are quite crucial for India.