In New Delhi, RAHI (Recovery and Healing from Incest) is an independent social body which provides counseling and support to women survivors of sexual abuse since 1996.

Incest is the sexual contact between two family members who are too closely tied by the bond of blood for marriage.

Sexual abuse, on another hand, is the act in which an unwanted sexual contact is directed from a person towards a victim.

As per a report, almost 42% of Indian girls have suffered from sexual violence before their teenage years.

Feminine activist and social entrepreneur Anuja Gupta is the founder of RAHI and an incest survivor herself. She foretells her own experiences and how they led to found this organization. 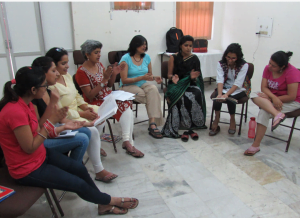 Let me warn you when you are speaking to the founder, you have to listen to a 22-year-old history.

-she makes a candid note.

In 1990, when Anuja had turned 37 years old, Anuja’s brother encouraged her to launch RAHI. Since then, the organization has been the beckoning light to many such survivors of abuse.

I was raped by one of my CLOSE MALE relatives. And that was an experience.

I found RAHI, met similar people and felt their pain as if being mine. That was another experience.

The latter was far better.

For Anuja, it has been a tremendous journey and has demanded all her grit and acceptance of a harsh reality to create a movement that could change and develop so many other lives.

The impact is always supposed to be long-term.

She also conducts individual and group therapy sessions with adult survivors and their families.

She was also a part of the core team of Central government that originally drafted The Protection of Children against Sexual Offences Bill, 2011.

Combining group work and theoretical information that allows survivors to meet other survivors, share and learn with each other, make meaning of their abuse and gain knowledge on the subject that will help them become advocates.

During the workshop, participants draw out a plan of social action according to their interests and skills. The workshop is followed by ‘Firebirds’ conducting these activities in their communities. The process continues to be therapeutic and a mentoring support for them.