Anand Mahindra is quite active on twitter for his humorous and rational tweets. This time he praised a man named Krishna Kumar who began a holy journey with her mother on a scooter and decided to gift him a SUV. His mother had never ventured out of her village, Krishna Kumar decided that he would drive his mother to all the holy pilgrimage places in India in his scooter. 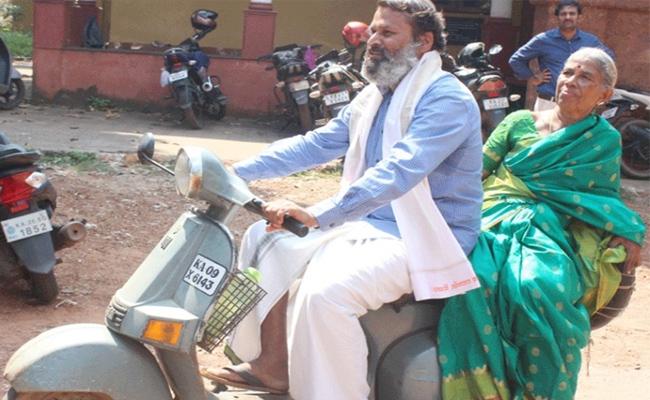 Krishna Kumar has traveled with his mother on his scooter for seven months. He quit his job in January last year to take his mother on a pilgrimage and together till now they have covered many holy places in India.

This is a Gap Year I wish I had! Dakshinmurthy Krishna Kumar from Mysore left his banking job and travelled with his mom on a
scooter. A total of 48100 KMs. The reason? His mother had not stepped out of her town & he wished to show her India! #TuesdayMotivation pic.twitter.com/HlVJVcAXkH

According to the shared video, Krishna Kumar took out his 20-year-old Bajaj Chetak scooter and started traveling with her. Krishna Kumar is 39 years old. In a conversation, 39-year-old Krishna Kumar said that due to a joint family her mother’s life was limited to the kitchen and his father has also passed away early. Then he decided that her mother deserves to have a good time with her son and live a better life. During the journey mother and son traveled to many holy places across the country. Both spent time in monasteries instead of hotels. During the journey, he always carried the necessary goods in his scooter. Along with Krishna Kumar, people are also praising Anand Mahindra’s tweet.

A beautiful story. About the love for a mother but also about the love for a country… Thank you for sharing this Manoj. If you can connect him to me, I’d like to personally gift him a Mahindra KUV 100 NXT so he can drive his mother in a car on their next journey https://t.co/Pyud2iMUGY

Anand Mahindra, chairman of Mahindra & Mahindra Group, was so impressed that he decided to give the car to the young man. On a video going viral on social media, Mahindra tweeted, “This is not only loved for a mother, but also love for the country, I want that person to have her mother travel by car next time.” 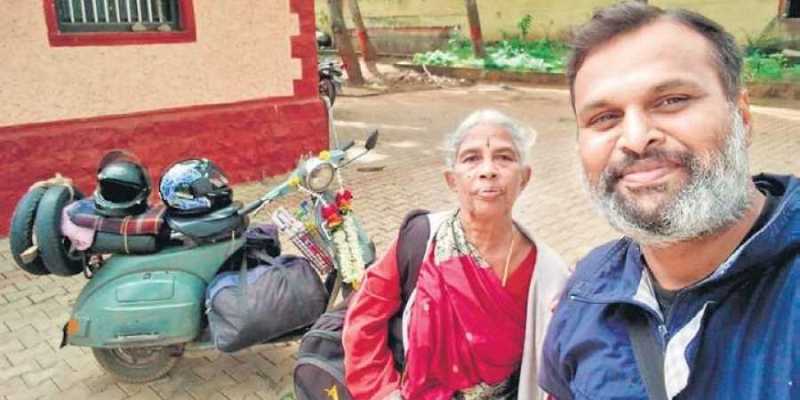 Anand Mahindra announced that he will gift Mahindra KUV100 NXT car to him. Krishna Kumar has named this journey as ‘Matra Seva Sankalp Yatra’. Kumar left the bank job to fulfill his mother’s wish. This is not the first case of Mahindra helping people on social media. Earlier, he was seen tweeting about an old woman who served idlis for a nominal price.