The Statue of Unity is built in dedication to Iron Man Sardar Vallabhbhai Patel, who served as the first home minister of independent India. At 182 metre, the statue is 23 metre taller than China’s Spring Temple Buddha statue and almost double the height of the Statue of Liberty (93 metre tall) in US. 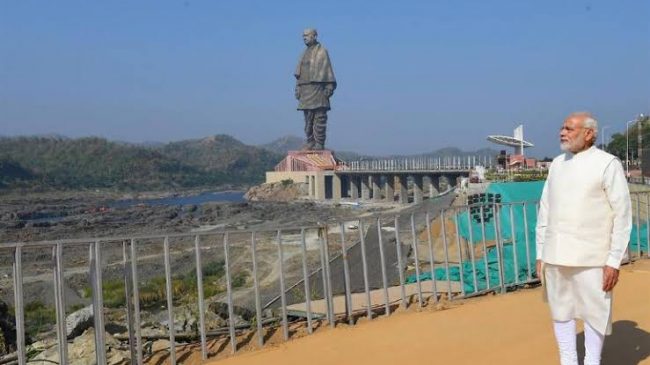 The Statue of Unity will be open to the public from November 3. Tickets can be booked online.

Located on the Sadhu Bet island, near Rajpipla on the Narmada river, the Statue of Unity is located between the Satpura and the Vindhya mountain ranges. A 3.5 km highway will be used to connect the statue to Gujarat’s Kevadia town.

The Statue of Unity is the tallest statue in the world. At 182 metres, it is 23 metres taller than China’s Spring Temple Buddha statue and almost double the height of the Statue of Liberty (93 metres tall) in US. 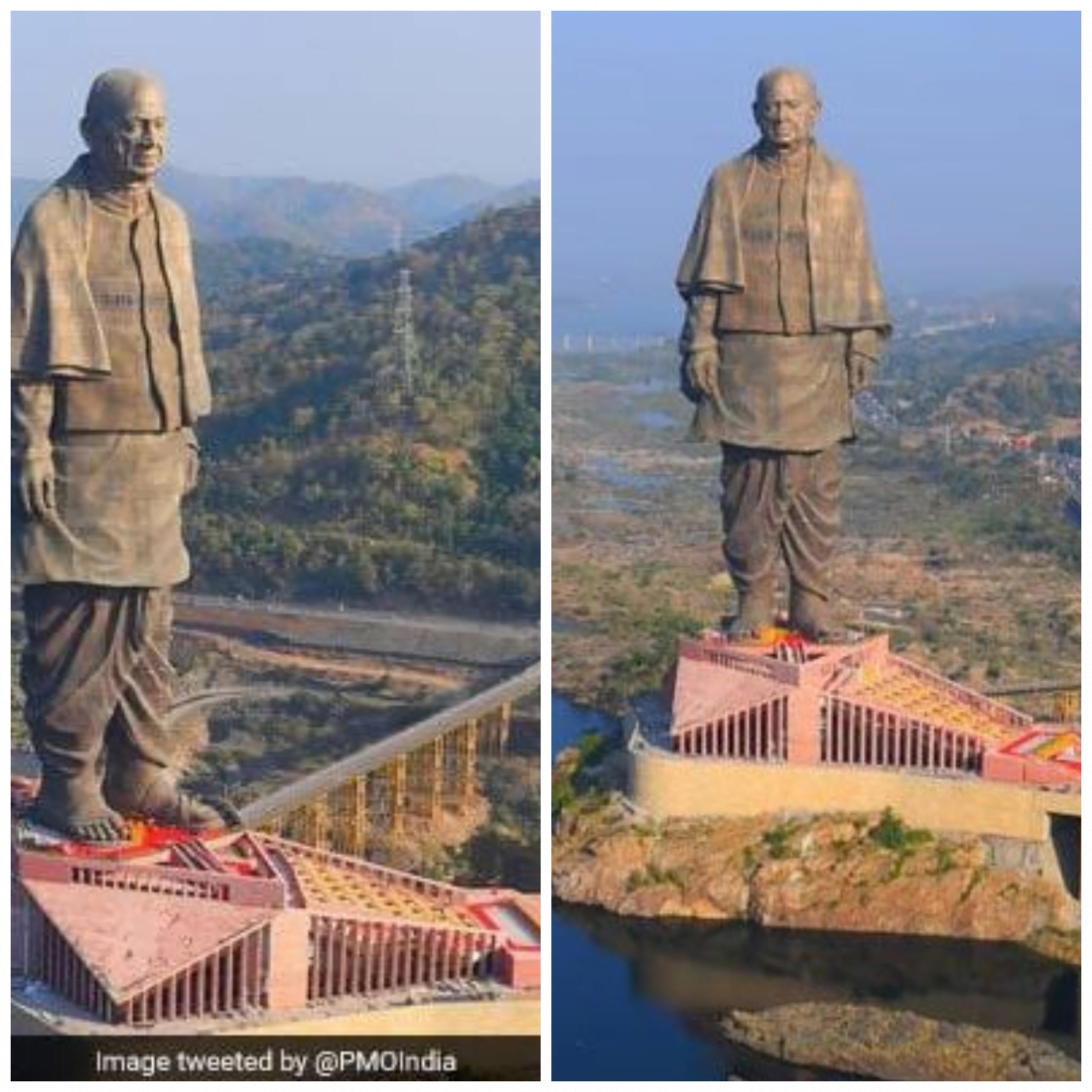 It was built within three-and-a-half years by an army of over 3,000 workers, including 300 engineers from infrastructure major Larsen & Toubro (L&T).

The Sardar Vallabhbhai Patel Rashtriya Ekta Trust (SVPRET), a special purpose vehicle set up by Modi in 2011, arranged some 129 tonnes of iron implements from nearly 100 million farmers in 169,000 villages across all states to construct the base of the statue in the ‘Loha’ campaign.

The Statue of Unity will comprise two semi-joined, composite concrete cylindrical cores, surrounded by a structural steel space frame to support the exterior cladding. 5700 Mton of structural steel and reinforcement bars of 18500Mton were used to build the statue.

The Modi government has also drawn flak for spending a staggering amount on the project, while the farmers in the country continue to perish and tribals protest. Many have called the project mere political symbolism that does not add much to the historically rich culture of India.

ALSO READ: Guide on Stock Division Among the Founders Without Ruining The Startup Company