An athlete does not just become one over a night. The journey from a commoner to a court demands hard work, dedication, firmer than the finest of willpower and a never say never attitude. And in India, it becomes even harder if that is for a woman.

Let’s get through 3 such stories and dwell into the hardest of tests that sculpted golden canvas of life these true life fighter girls:

The Dangal girl and a lot of people know about the Phogat sisters and their stories through the movie only, and rightly so because the story deepens even much into our hearts when we realize the amount of hard work they had to put through in their craft. 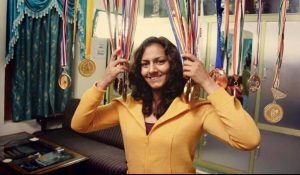 Both girls had to practice from 3.30 AM to 6.30 AM, go to school, and then another 2 hours of practice afterwards.

There was no definition of “slowing-down” or “time-off”. Villagers used to curse a lot about this.

Shame on you for turning girls into wrestlers.

May insects eat up your insides.

You are spoiling your girls No one will marry them. They will turn wild and bring shame on you.

Though Geeta kept working hard and t9dayshe is a world champion to start with.

Everyone was just waiting for us to put a foot wrong. They thought we’d start seeing boys or do something compromising. They almost wanted us to do something to shame our parents so that they could be proved right.

Mithali Raj was not a cricketer by heart but an Indian classical dancer. 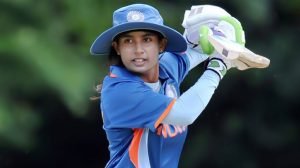 But today, the 34-year-old captain created a world record by becoming the very 1st player to reach 6,000 runs in the history of women’s ODI cricket.

And as it happens in India, she too received little support from the infrastructure available to sportsmen.

And due to this, she had to sacrifice a lot of things like social gatherings, stable careers, etc.

All the time spent in the pitch and practice finally paid off and Mithali is now a role model for all aspiring cricketers.

Her father was the biggest motivator for her initially, and surprisingly used to criticize her performance during her developing years.

As a negative reinforcer, it sparked her fire and made her what she is today.

From being acquitted of all cheating charges to becoming the only Indian woman to win a medal in the Paralympic Games, Deepa Malik’s journey has been one of passion, grit, and problems. 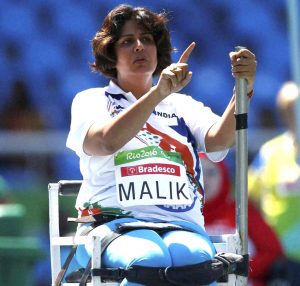 Her journey was a shout in the void because most of known or lesser known folks around her thought she was crazy, and gave up on her pretty soon.

Deepa rode the first bike adapted for paraplegics, swam a kilometre against the current in the Yamuna, drove 3,000 km to Leh and back through high-altitude passes, and broke multiple records in swimming and riding. Inspired enough?