This is the success story of Richa Kar, whose initial days to startup with business was not too good. Her mother was ashamed of her business idea and her father did not really grasp the concept. She had to struggle to gain confidence amongst her loved ones as well as make her dreams come true. 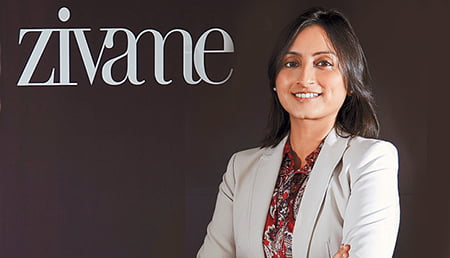 It took Richa Kar five years since 2011 to build Zivame Company which is worth more than Rs 681 Cr. With the power of brilliance and hard work, she was able to build this firm. Richa had a secure and good career before the business. She had a corporate job in Bangalore and she was an engineering graduate from BITS-Pilani. Her curiosity about how businesses worked made her get an MBA from Narsee Monjee Institute of Management Studies. She later worked with Spencers Retail and SAP as a Retail Consultant where she gained knowledge about the retail sector.

The inception of the idea for her own business was when she tracked Victoria’s Secret online sales who are the largest American retail company of women’s lingerie and one of her clients at SAP. She noticed that the sales figures touched the peaks overseas but Indian women were not served with the similar essential innerwear. After spending 8 years in the retail industry she had gained a fair amount of understanding of how business work. She got the spark and decided to become an entrepreneur.

The reaction she got from her mother upon sharing her business idea was asking how she will tell her friends that her daughter is selling bra-panties over a computer. Her father did not discourage her but could not understand what plans she had.

To get more insights Richa visited many lingerie stores and found out that women felt uncomfortable buying inner wears from stores as almost every store has male salespersons. A woman cannot expect styling and fitting tips here as well. 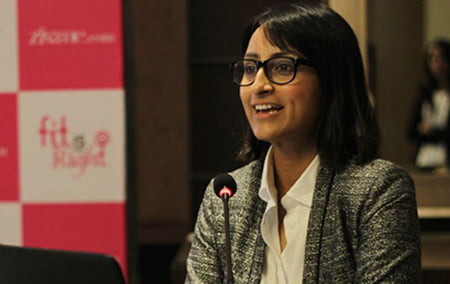 Finally, she launched Zivame in 2011, putting all of her savings into it and with Rs 35 lakh that she had to borrow from her friends. Ziva means radiance in Hebrew which was not available so she settled for Zivame denoting ‘radiant me’.

She began with tough days initially as there were people who made fun of her venture. She couldn’t even find a house on rent as when the landlords asked her what she was doing she had to tell them that she sold clothes online. But with time Zivame got a positive response from its buyers. She recalls her first client who was a man from Indore who was trying to buy materials worth Rs 7,000.

Zivame claims a 300% yearly growth. Investors are impressed by Richa’s confidence in working in the market as well as her dedication. Her dedication can be measured by how she got married on a weekend and got back to work on Monday.

Richa sets an example of how you can succeed by giving your idea 100% focus and attention, now she is able to flaunt a brand worth of Rs 681 Crore.