Owing to a sedentary lifestyle coupled with non-adherence to a balanced diet, an increasing number of young adults below 40 are facing liver function abnormalities, which if not attended to early can lead to liver diseases, finds a survey.

The findings, by SRL Diagnostics, showed that young adults had more abnormalities in liver enzymes, known as aminotransferases, which include alanine transaminase (ALT or SGPT) and aspartate transaminase (AST or SGOT). 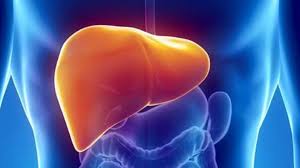 The function of these enzymes is to help speed up (catalyse) the routine and vital chemical reactions in the liver.

Both SGPT, SGOT levels were found to be higher in the age group of 31-45 years.

Levels of another enzyme called alkaline phosphatase (ALP), were also found to be higher in young adults.

Young adults aged between 16-30 also had increased levels of bilirubin — a waste product of the red blood cells.

There has been a paradigm shift in the dynamics of liver cirrhosis, with about 10 lakh new patients being diagnosed with it every year in India contributing markedly to the global burden of morbidity, mortality and increased death rate year-on-year, the survey showed.

“Liver abnormalities are increasing in India, because of rising obesity, alcohol abuse and liver infections. Also, liver disease is no longer restricted to age, as people below the age of 40 are also witnessing incidence of liver diseases,” B.R. Das, Advisor and Mentor – R&D, SRL Diagnostics said in a statement.

According to the World Health Organisation (WHO), liver diseases are the tenth most common cause of death in India. Since the liver is a multi-functionary organ, it is susceptible to viruses, toxic substances and contaminants present in food and water.

An unhealthy lifestyle and eating patterns and viruses such as hepatitis A, B and C can damage the liver. Increased consumption of alcoholic drinks along with high cholesterol-inducing junk foods, obesity and Type 2 diabetes can also trigger the disease. It can also be inherited or be genetic.

Besides playing a key role in digestion, the liver also regulates blood sugar, removes toxins from the body and manages the cholesterol level.

Inflamed or injured liver cells leak higher than normal amounts of certain chemicals, including liver enzymes, into the bloodstream, which can result in elevated liver enzymes on blood tests.

“Followed by the brain, the liver is the second largest solid organ in the human body and performs a long list of complex functions to keep the body hale and hearty,” said Anupam Sibal, Group Medical Director, Apollo Hospitals.

However, “the liver is an uncomplaining worker and often does not show any significant signs of damage. But at the same time, more than a 100 disorders can affect the liver,” he added.

Because “the symptoms of liver disease usually do not appear till the disease is well advanced, early diagnosis is the key,” Das said.

Regular health check-ups can catch any anomaly at a relatively early stage, which will allow for easier treatment and increased chances of managing the disease with medication and lifestyle changes.

Liver tests, which measure the levels of ALT, ALP, albumin — the main protein made by the liver — and bilirubin, can help determine if your liver is working correctly, the experts suggested.