In a mega deal in India’s e-commerce space, global retail giant Walmart Inc on Wednesday announced it was buying 77 per cent equity stake in the country’s largest e-tailer Flipkart for $16 billion.

“Subject to regulatory approval in India, Walmart will pay $16 billion (Rs 1,07,662 crore) for 77 per cent equity stake in Flipkart,” the Arkansas-based firm said in a statement.

The acquisition of the majority stake makes the $500-billion Walmart the largest shareholder of the city-based Flipkart group and will help accelerate its mission to transform e-commerce through digital technology.

“The investment underscores our commitment to sustained job creation and investment in India, one of the world’s largest and fastest-growing economies,” said Walmart.

As part of the agreement, 33 per cent of the equity will be with Flipkart co-founder Binny Bansal and institutional investors Tencent Holdings Ltd, Tiger Global Management LLC and Microsoft Corporation.

“Though the focus will be on serving customers and growing the business, we will support Flipkart’s ambition to transition into a publicly-listed, majority-owned subsidiary in the future,” Walmart said. 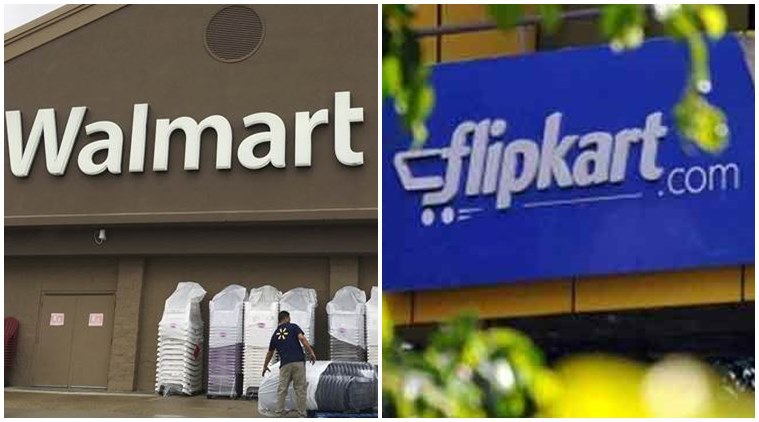 The record deal will also give Walmart an opportunity to partner with the local leader in growing market, as the e-tailer’s leadership team will be supported by investment and technology partners.

ALSO READ: Amazon Offers To Buy 60% Stake In Flipkart, But Why Is It Not High Enough?

In an investors’ call later, Walmart Chief Executive Doug McMillon said India was a priority market for the retail behemoth as the country was the largest and fastest growing economy.

“As a company, we are transforming globally to meet and exceed the needs of customers and we look forward to working with Flipkart to grow in this critical market,” he said.

The deal will benefit India in providing quality, affordable goods for customers and create skilled jobs and opportunities for small suppliers, farmers and women entrepreneurs.

“India is one of the most attractive retail markets, given its size and growth rate and our investment is an opportunity to partner with Flipkart that is leading transformation of e-commerce in the market,” McMillon said.

Observing that Walmart’s investment was significant and would help fuel the e-tailer’s ambition to deepen its connection with buyers and sellers, Bansal said though e-commerce was a small part of India’s retail sector, he saw a great potential to grow.

“Walmart is the ideal partner for the next phase of our journey and we look forward to working with it to bring our strengths and learnings in retail and e-commerce to the fore,” he said.

Founded in 2007, Flipkart has led the e-commerce revolution in the sub-continent, growing rapidly and earning customers’ trust with digital technology, including artificial intelligence to hard-sell a wide range of goods spanning electronics, appliances, mobile, fashion and apparel. 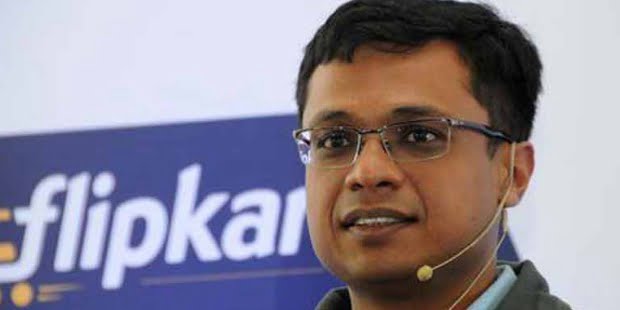 With platforms such as Myntra, Jabong and PhonePe, Flipkart is positioned to leverage its integrated ecosystem, which is defined by localized service, insights into customers and an efficient supply chain.

ALSO READ: Binny Bansal May Quit Flipkart Post The Deal With Walmart And Other Startup News You Need To Know

Flipkart will leverage Walmart’s omni-channel retail expertise, grocery and general merchandise supply-chain knowledge and financial strength, while its talent, technology, customer insights and innovative culture will benefit the US retail giant in India and elsewhere.

Post-acquisition, both the partners will leverage their strengths but will maintain their distinct brands and operating structures.

“We operate 21 best price cash-and-carry stores and one fulfilment centre in 19 cities across nine states, with 95 per cent of sourcing from the country, aiding suppliers, creating skilled jobs and contributing to local economies,” said Walmart India Chief Executive Krish Iyer. 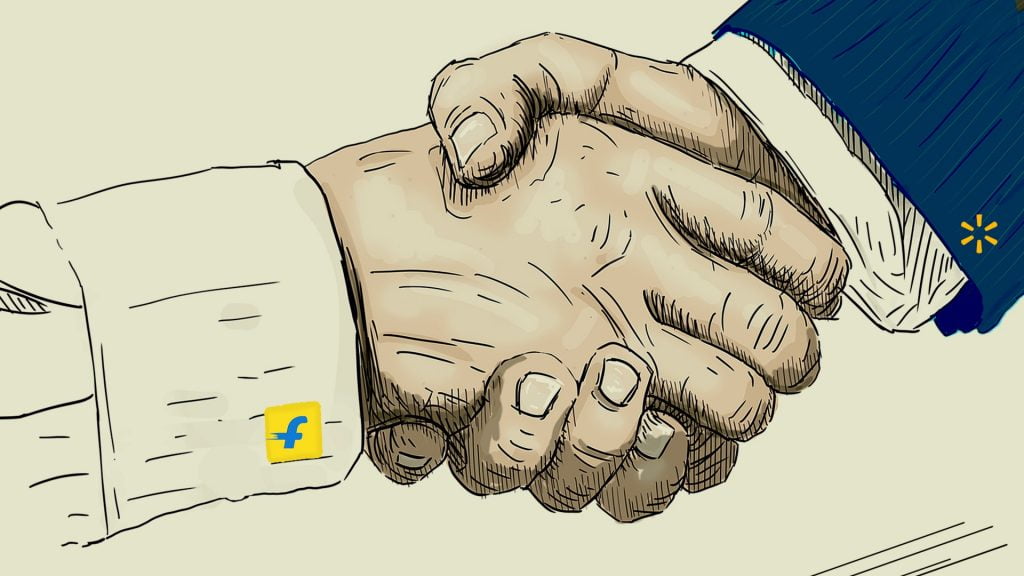 Meanwhile, Walmart’s foray into India’s online retail space made industry experts say the deal would make India an attractive destination for global majors to invest in the e-tail segment.

Terming the buyout a Rs 1 lakh crore all-cash deal, Paytm Founder Vijay Shekar Sharma tweeted that it was a perfect answer to those who were dismissive of Indian start-ups in an open-for-all market.

In another tweet, biotechnology major Biocon Chairperson Kiran Mazumdar-Shaw said the deal was an endorsement for India’s first e-tailing company.

“It’s capital-intensive business that needs deep pockets which Walmart has,” she tweeted.

“We expect the status quo to remain within the year after the mega deal. It’s an extension of the $500-billion Walmart’s global expansion strategy,” noted advisory firm Gartner director Adrian Lee in a statement.