Whether you are a lowly intern or a high-flying CEO, the reply-all button can be a brutal leveler.

Abhiraj Bhal, the CEO of Urban Clap appears to have accidentally hit reply all on a customer complaint, which meant that his comment, which was presumably meant only for Urban Clap employees, ended up in the inbox of the customer himself. To make matters worse, the comment itself was not flattering “Please ignore him completely. Nobody should answer his queries,” Bhal had said, asking his support team to stop answering to the customer in question. 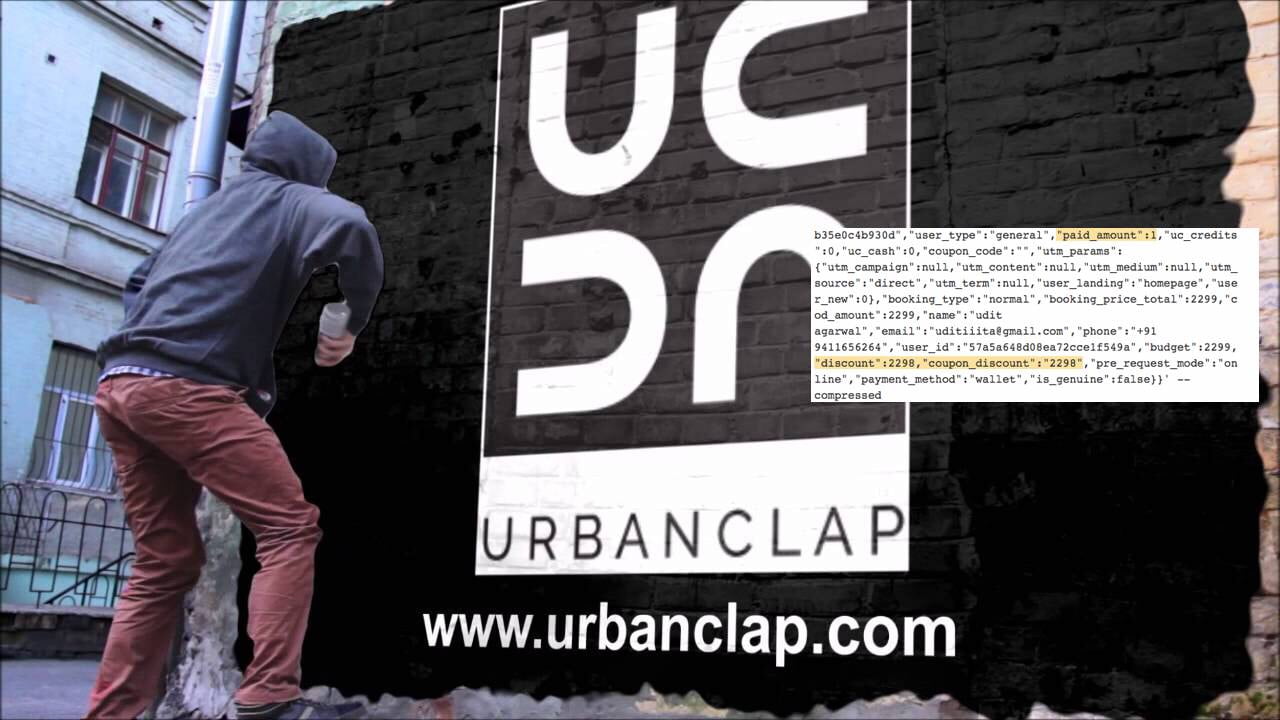 Whole situation looks like it has begun after one Rakesh Verma raised a complaint on UrbanClap, saying that the technician supplied by the company had been unable to fix his AC, and was not for long picking up his calls. The issue, though, wasn’t as simple — Verma and UrbanClap had been emailing each other for months before this particular ticket was raised, and Verma had been accusing Urban Clap of having damaged his AC while repairing it. The back-and-forth had been going on for a while, at which point it caught the attention of the CEO, who asked his team to ignore Verma, but ended up marking him on the mail as well. 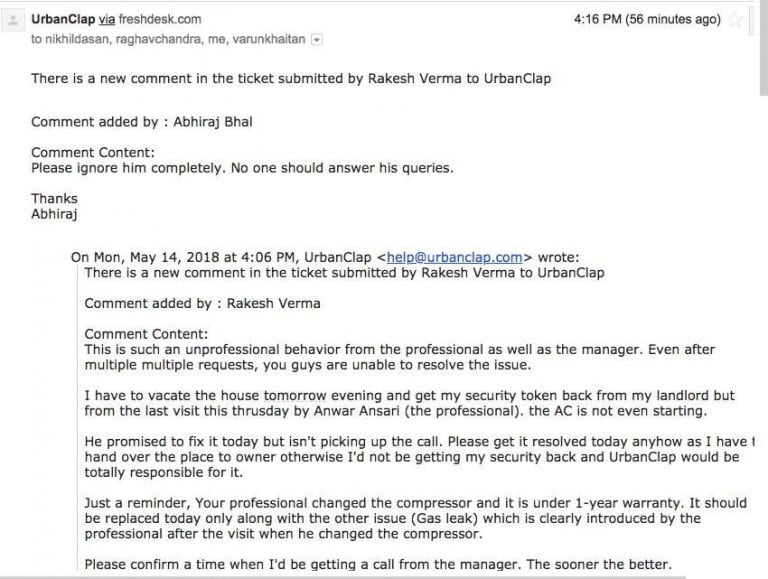 ALSO READ: These Questions to Ask Before Hiring a Remote Employee

As per the assumption, Bhal’s inadvertent answer went viral after it was shared on social media, and garnered 2000 upvotes on Reddit. Now Bhal has responded to the original Reddit thread, first apologizing for his reply-all gaffe. Bhal said, ” I must say that it was incorrect for me to have responded this way. That was a mistake – and I acknowledge the same.” But Bhal went on to say that Urban Clap had gone “above and beyond” their call of duty in serving Verma, and were faulty. Urban Clap says that they got the AC inspected by their experts and realized that they hadn’t damaged it. In addition, Bhal suggests that they were willing to return the technician charges and pay half the cost of the compressor that had stopped working, but the customer was unwilling to relent.

It’s hard to tell what really went on, but at the moment accusations are flying thick and fast between Bhal and Verma. Bhal says that Verma got hold of his number and called him 8 times before the email was sent; Verma says he had called only two times and says he has got call records to prove it. Verma has in turn accused Bhal of calling the CEO of the company he works for and asking him to pressurize him into taking back his complaint. It is a messy affair, and a customer complaint being dissected in the open is never a good look for a company. And while it might raise questions about how to best handle aggrieved customers, and how to ensure guarantees are maintained in service-oriented business, it also highlights the power of the reply-all button — it looks innocuous, but even the smallest trip up can lead to some pretty dramatic consequences.