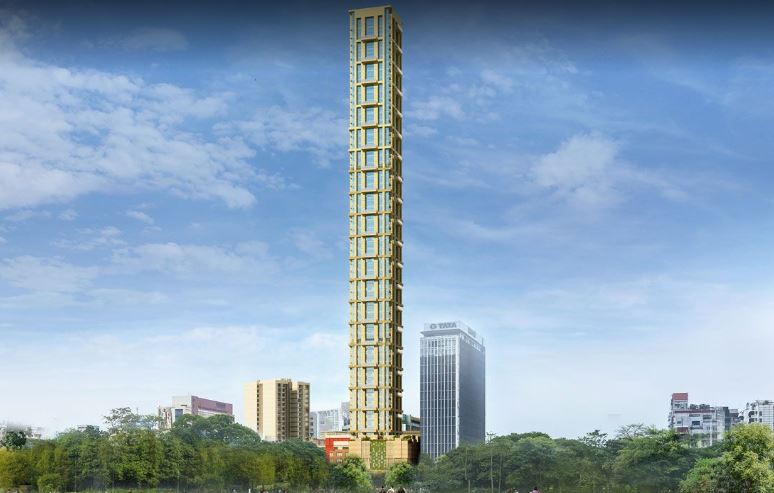 The 42 ‘Chowringhee’, the tallest building in the country on Jawaharlal Nehru Road in Kolkata, West Bengal, has become ready. The 65-story building ‘The 42’ is 268 meters long. There is a large ground in front of the building and beyond that, the river Hoogly flows. India is still behind making the highest skyscrapers. For the first time in 2002, two buildings of 200 meters were built in India. 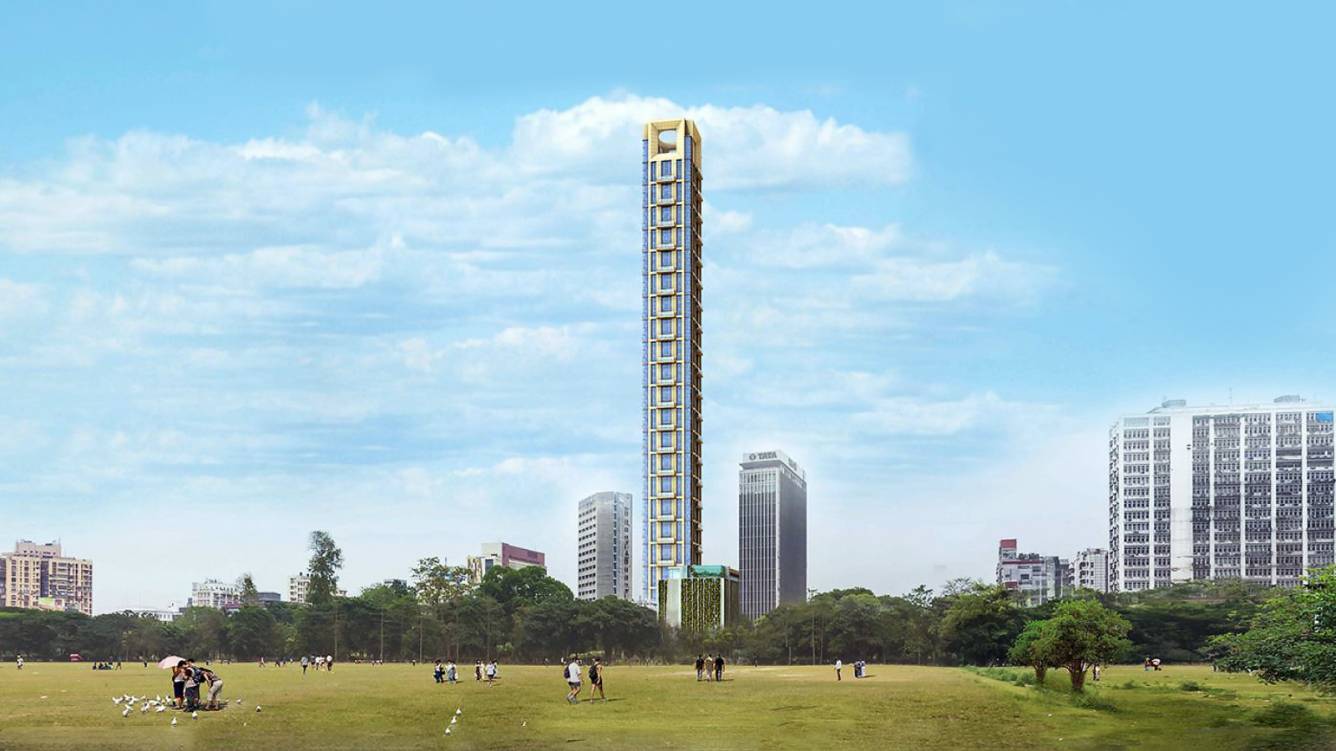 This building is on Jawahar Lal Nehru road. For the past 50 years, buildings like Tata Centers, Chatterjee International, and Everest House were seen to dominate the horizon. But ‘The 42’ has overturned all the buildings in the height. The highest skyscrapers in India was in Mumbai. There are more than 3000 skyscrapers in Mumbai, comprising the residential, commercial and retail complexes. 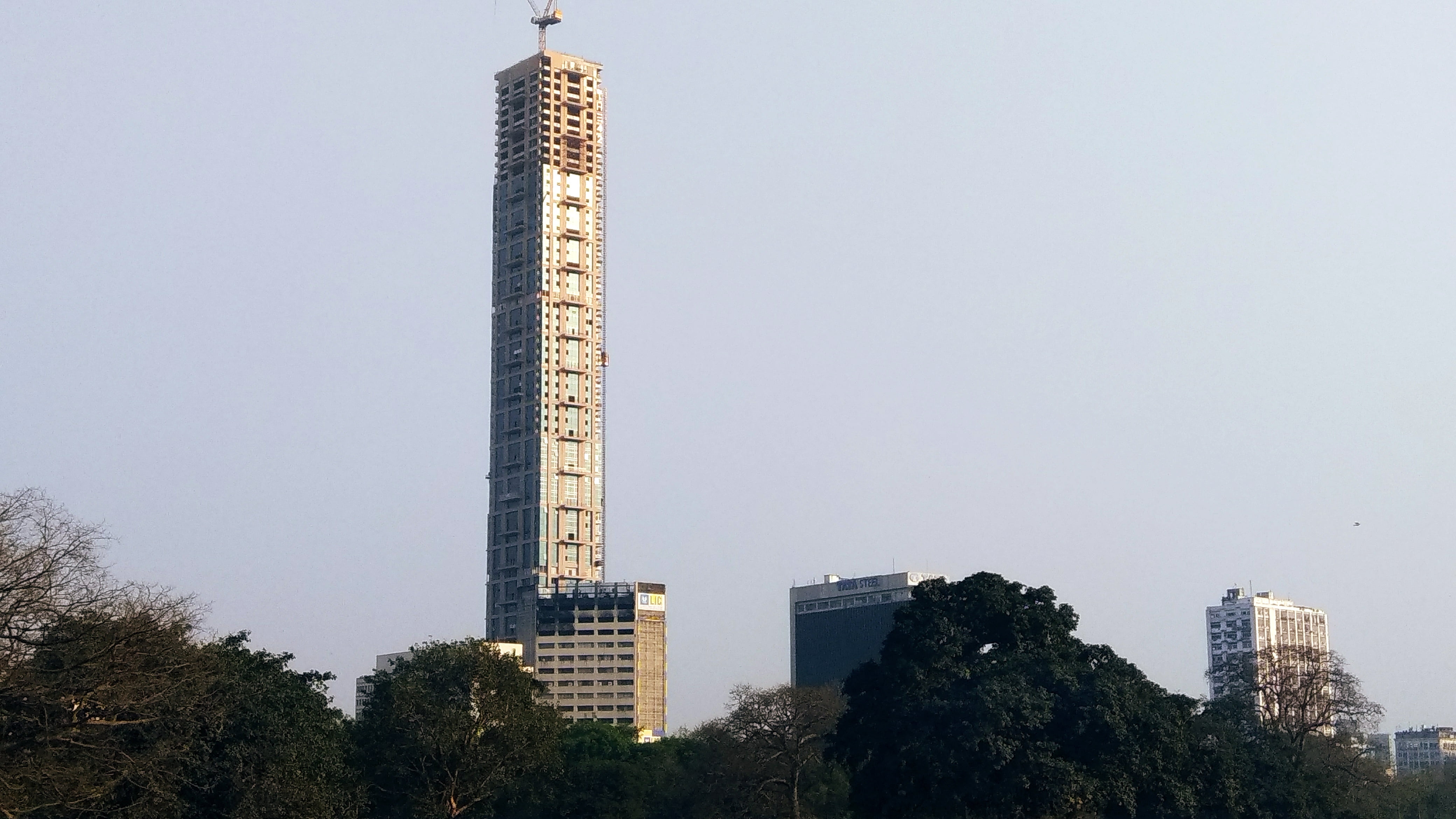 The second tallest building in Kolkata is the Arabian. It is a 167.6-meter high building. The Forum Ammotsfire and Westin are 152 meters and 150 meters tall buildings respectively. After this, there are 13 buildings of more than 100 meters in the city, which include South City, ITC Royal Bengal, and Acropolis.

However, India is far behind in the construction of skyscrapers of over 200 meters in the country. Let’s say that in 2017, there were 144 buildings with a height of more than 200 meters in the world, of which only three buildings of such building with this much height were of India. For the first time in the country in 2010, two buildings of 200 meters height were prepared. China has remained the world’s number one country for the last ten years to build skyscrapers. Overall this building in Kolkata looks magnificent and becoming a hot topic for discussion in the social media.

The 42 is a suburban skyscraper in Kolkata in the land of West Bengal, India. It is currently the tallest building in India. The Skyscraper is established in Chowringhee, the central business quarter of the city. 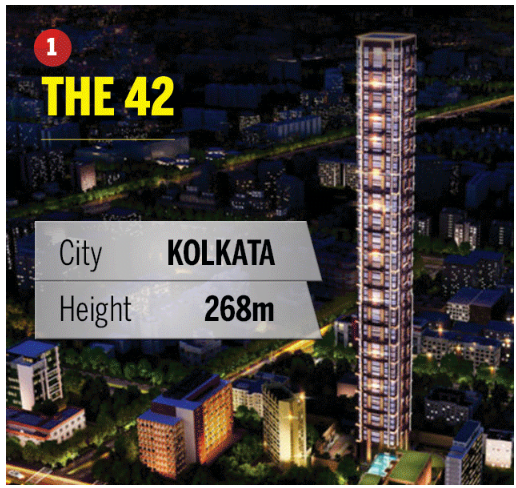 The Imperial is a twin-tower suburban skyscraper complex in Mumbai that is one of the highest created buildings in India. In 2010 its creation was completed and the towers were introduced. 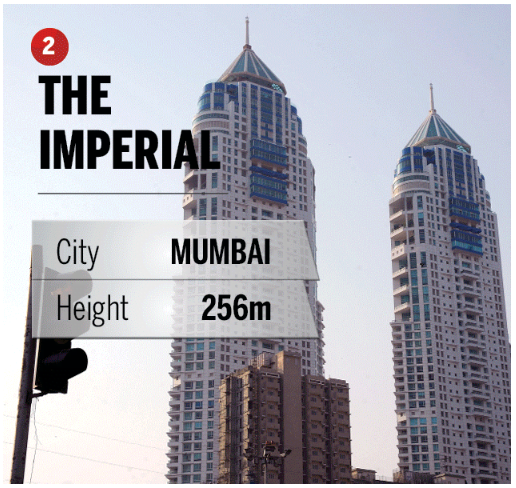 Ahuja towers is the second tallest building in Mumbai with a height of 248.5 meters. This is a fully residential building which also provides business space. 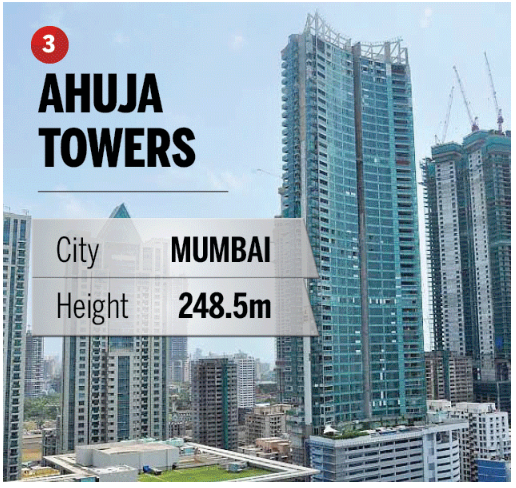 One Avighna Park is a Twin 61-story Leisure Residential Towers, strategically positioned in the core of Parel” Mumbai, Maharashtra. 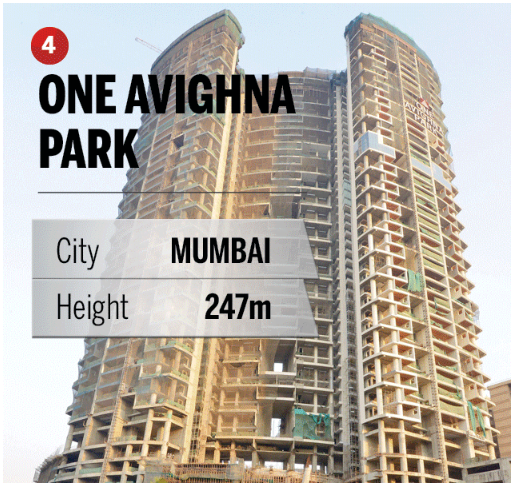 Lodha Altamount is a leisure residential building project of the Lodha Firm and is located on Altamount Road in Mumbai, India. The construction is under Lodha Group’s Luxury Collection. 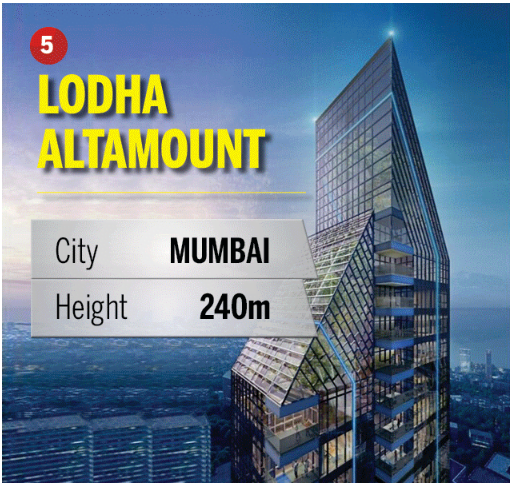 Auris Serenity is a massive building located in Mumbai with an height of 235 meters. The building encompasses residential flats and houses. 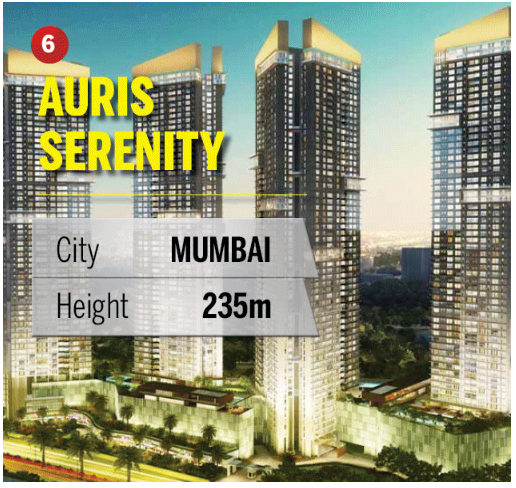 Two ICC is a suburban project by Bombay Realty established at Wadala West in Mumbai. ICC impersonates two super-structures that rise above the Mumbai skyline. 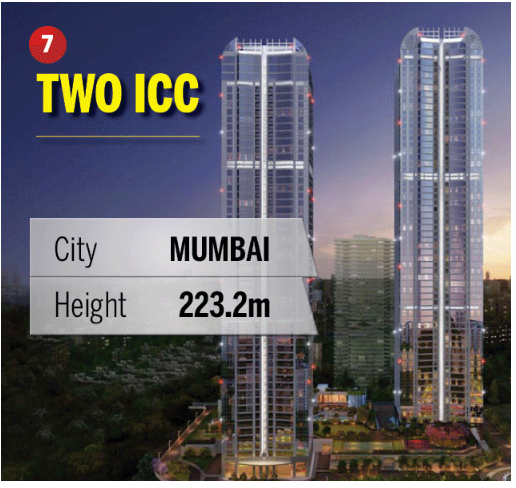 Rising grandly above the City and the Arabian Sea 117 Storeys high, World Towers attains as the tallest residential tower in India. 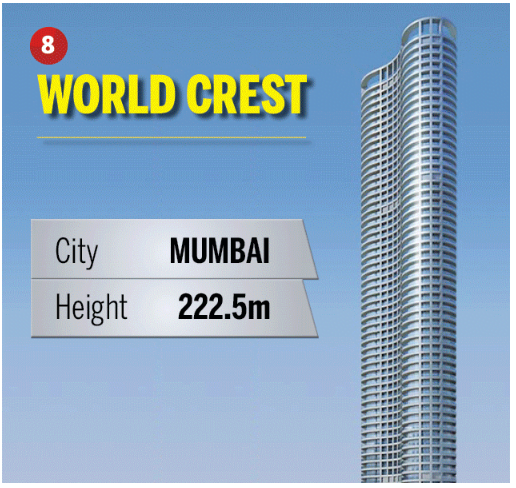 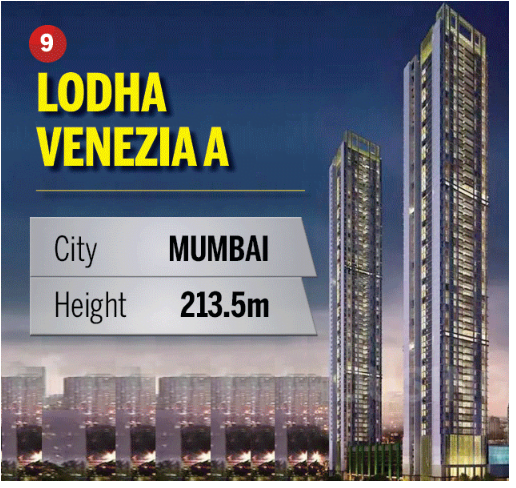 Lodha Bellissimo is a tower located in Mumbai, India constructed by Lodha firm of Mumbai. It is the second tallest residential tower in India, with a height of 222 meters. 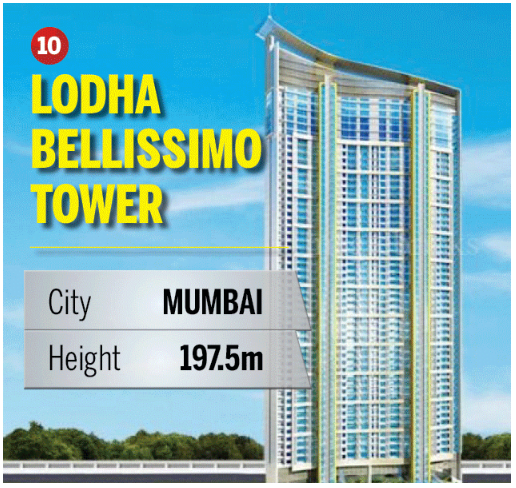