This is the success story of Ravinder Thota who once thought of committing suicide as he faced multiple failures before finally reaching his goal and now owning a multi-million dollar IT company. 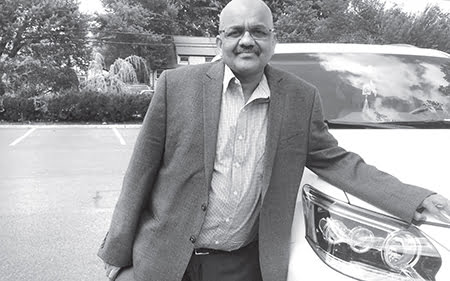 His father passed away when he was just 3 years old, however, he doesn’t consider it as his life’s real struggle. He doesn’t even consider working in the fields with his mother for their livelihood and still making it to the top of the class as a struggling period. However, it all started after he moved from his village to Hyderabad.

Ravinder has received three educational degrees and strongly believes in education. He sold cleaning products in Hyderabad door to door and his degrees proved useless. He lost the money he invested in phenol business which he started with his friend. Becoming a salesman was his only how he could feed himself and he reached a point far from guilty of his occupation.

He then got married and had a son. When his son was two Ravinder decided to look for opportunities in the USA. As Wall Street was popular at that time he tried his luck in stock markets. However, the six months of labor to clear the exams for a stockbroker brought him back to square one.

The business of stock broking was all gamble winning and losing money every day. However, it was the worst when he borrowed $10,000 and lost it within some hours. His mind was clouded with negative thoughts and he thought the only appropriate thing to do was to take his own life. However when he considered what would become of his son he stopped on his track. He contemplated suicide whilst sitting on a railway station and having zero money on him. He thought that his son was three which is the exact time around Ravinder lost his father. He knew that his son would go through real struggles which are why he gathered courage and went back home.

However, he moved on from this low point in life and worked hard at a motel at night to support his family while his wife did laundry in the same place. During the daytime, he took IT classes and within no time he was placed in an IT firm.

It was a changing point and with the flow of constant money he started investing in real estate, established his own company and become a successful business owner with an annual turnover of $33 million.

With his own life experiences, he knows what it is like to starve and so he and his wife are sponsoring 137 students in two schools which are run by Chinna Jiyyar Swamy in Adilabad district in Telangana. He even supports 32 students pursuing MS and MBA in the USA.

As he has turned more stable financially Ravinder’s resolve to support others became firmer. He believes that donating is a blessing and he thinks that he is in a position to give back and believes in helping as many as possible.