People have dreams and they chase it, work for it and make them true. However, most of us are not that lucky to work a little for it and establish success. Some even have to turn their fate around in order to achieve their dreams.

Rakesh Udiyar is a living example of it. He was a child laborer selling candies on the train and presently is a fitness trainer of two of the dream stars of India, Salman Khan, and Aamir Khan.

Rakesh belonged to a middle-class family which depended on daily wages to make ends meet. His father was a contractor for Hamilton Cycles. His father suffered a stroke when Rakesh was only five years old.

All of their money was being poured into his father’s medical treatment. There was totally no money to hang about for any schooling for Rakesh. As they were unable to pay the rents, they had to leave their house and they had to somehow move into a slum nearby.

Rakesh started selling Pepsi colas candies which are the plastic strips and not the actual cola bottles. He sold them for Rs 2 each strip and could bring in Rs 10 a day. His brother began working at a tea stall whilst his mother got work at a house in Bandra.

His mother was working with a lady named Bina Chablani and was kind enough to provide with some money for education in a Marathi convent school. His school was until 1 pm and later he used to head for the train to sell the cola. He got enough money for his books.

Rakesh later worked in construction. He became good with weight lifting as he picked up heavy goods. He made sure he had a good physique and this helped him stay fit. Later he started working at a Dhaba. He survived on the food he used to get from the Dhaba owner. Subsequently, one of his friends recommended him to join as a sweeper at a gym. 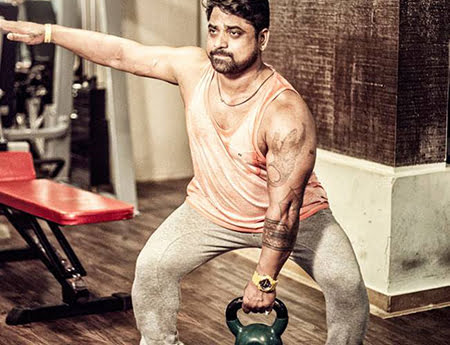 For Rakesh fitness was a hobby. While he was at the gym his hobby turned into his habit. In 2001-02, there was a boy who would come late at night to the gym for exercising. At this point of time, the gym had barely any crowd. The boy witnessed Rakesh’s enthusiasm. Rakesh noticed his interest and began giving the boy instructions. The boy was really impressed by his coaching and asked the gym’s owner to promote Rakesh from a sweeper to the post of a trainer. The day completely turned around his life.

Soon he decided to enroll himself in an online certification course in Mumbai as he lacked professional training. After becoming a certified fitness trainer, he got the opportunity to go to the US and then Dubai, where he worked for five years as a coach.

After coming back to India, his friend who worked at Gold’s Gym suggested him to train a high profile client. The client turned out to be none other than Arbaaz Khan. This embarked his journey in Bollywood.Later he got the chance to train many celebrities namely, Dia Mirza, Daizy Shah, Kunal Kapoor and Pulkit Samrat.

He became well acquainted with the Khan family as he worked with Arbaaz Khan. He then got the opportunity to train Salman Khan. Rakesh trained Salman Khan for the movie ‘Dabangg’ and impressed Salman well enough that he wanted Rakesh to always be around for his weight training. 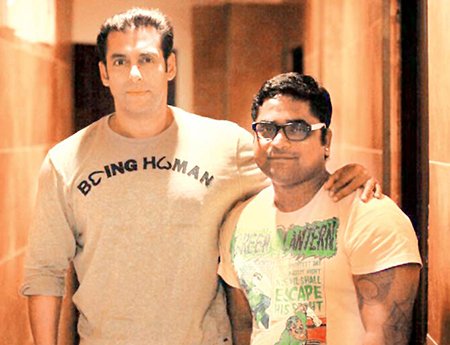 Subsequently, Rakesh was training some in the Taj Hotel in Mumbai when he was spotted by Aamir Khan. Aamir took Rakesh’s contact number and one fine day he gets a call from him asking Rakesh whether he was available for training him for PK. However, Rakesh had to ask Aamir to excuse him as he was training Salman. 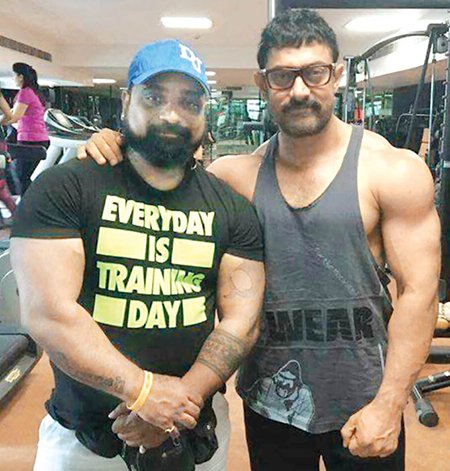 Later, Aamir contacted Salman and found out that indeed Rakesh was training him. But he got to adjust the dates and train them both. Both the stars coordinated with each other even while Rakesh was training them for Sultan and Dangal. However, when Rakesh had to leave to train Salman for Sultan, Rahul Bhatt who is Mahesh Bhatt’s son took over Aamir’s training. After Dangal, Rakesh has begun training Aamir Khan for his next movie.

You should always follow your passion and Rakesh’s story supports that fact. From living in the slums to being able to train the most high profile personalities, Rakesh has become a brand himself. He has become the highly demanded fitness trainer in India.