Billionaire Richard Branson confesses that he owns so many businesses that he has lost track of all of them. His worth is more than $5 billion and has been knighted by the British government owing to his services as an entrepreneur. He has a well-deserved reputation for his success. However, just like any entrepreneur’s career Branson too had his share of mishaps and miscalculations in business. 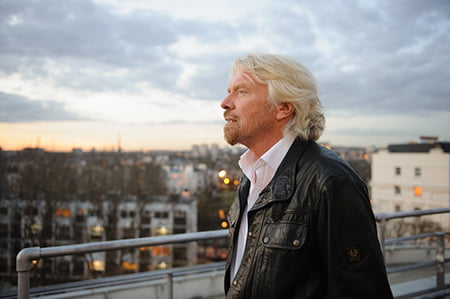 Here are a few biggest failures of Richard Branson and what we can learn from them.

At the age of just 16, Branson dropped out of school and started his first business the Student Magazine. He wanted this magazine to become the voice of his generation. Although the magazine earned some big name interviews it was unable to earn a lot of money. And so he faced the problem of cash flow.

Branson, however, did not stick with the original plan and decided to become flexible. He began a mail-order discount record business in order to make it way to pay for the magazine. But the business grew into a billion dollar recording empire names Virgin Records. If he had not been adaptable he would have gone down with his business.

The Virgin Atlantic Airlines almost crashed before it began

In 1984, Virgin Atlantic Airlines was launched to provide passengers with better flying experience. He has little experience but he envisioned great opportunity. And the venture almost failed before even taking off.

In the beginning test flight of Virgin’s only plane, a rented Boeing 747 extensive damage was caused by a flock of birds flying into an engine. And without a working plane, the airline could not get certified to carry passengers and also couldn’t get money without being certified.

He could have panicked and given up, but he stayed optimistic. He pulled money from other ventures by restructuring his companies to get the repairs done immediately. Later the airline received the certification it needed and the inaugural flight of Virgin from Gatwick to Newark was a success. 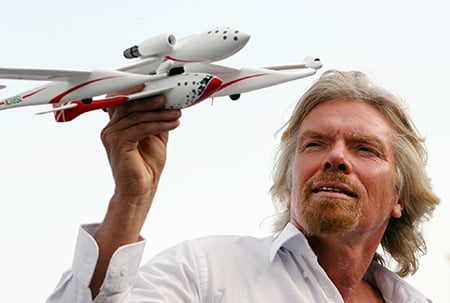 In 1994, Virgin launched Virgin cola, designed to compete with Coke and Pepsi. The taste tests done initially were promising to give Branson high hopes. However, before long it was identified that Virgin Cola wasn’t selling. The product was unable to build his own identity as similar sodas existed in the market. This taught Branson that if you are not unique you won’t be noticed.

Virgin Groups evidently gained massive success in planed and trains, however, automobiles couldn’t. Branson decided to launch Virgin cars in 2000 which was an online business aiming to change the way cars were sold. It started out strong but soon enough lost the heat and was shut down in a few years.

He applies a new rule across all his businesses which are the fact that without a well-defined purpose there will be no profit.

He has made many attempts in the fashion world and has failed. With a clothing brand, cosmetic brand and even an underwear label have not been able to succeed. The most surprising of them was Virgin Brides.

In1996 the wedding dress and bridal boutique were opened for which Branson himself shaved his beard and donned one of the brand’s wedding dresses for the launch event. But his modeling attempts could not drive sales. His multiple attempts only reflect his willingness to fail. He never gives up and approaches the concept in a new way. 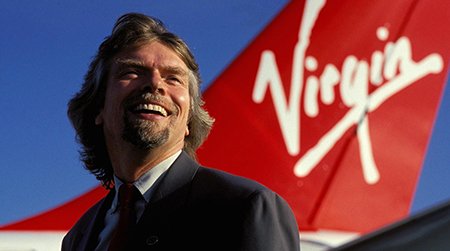 Virgin Digital did not receive many downloads

In 2005, Virgin Digital was launched online which was a music download site similar to iTunes. The music platform had a massive collection of songs featuring a digital music subscription service something like the later platform Spotify.

The Virgin Digital did not have iPod and the service lost against Apple and also pirated music sites. It shut down in 2007, which was a reminder for Branson that you shouldn’t follow other company’s footsteps but create your own trail.

A true adventurer like Branson in business and in life would know that it is healthy to push limits we either learn from it or witness success. The most successful people have faced the most failures.