“Exposure to loud noises, like living near the airports or railway stations, causes increase in the adrenaline which is a fight and flight hormone and increases the heart rate and blood pressure, resulting in heart diseases,” said Jasvinder Singh Anand, Senior Consultant of Internal Medicine at Medanta-The Medicity, Gurugram.

Stating that sudden acute noise pollution caused the extreme harm, Anand said normally, there could be a dip in the blood pressure at night when people sleep — also referred to as nocturnal dipping. 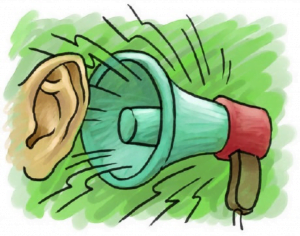 However, if there are autonomic nocturnal arousals due to noise exposure, this dipping does not occur, predisposing us to increase in blood pressure.

A study published in British Medical Journal revealing association of long-term exposure to aircraft noise, particularly during the night, with an increased incidence of hypertension and cardiovascular effects.

Padma Shri awardee Upendra Kaul, also the Chairman of Batra Heart Centre, said that with the country already reeling under the burden of cardiovascular diseases, the studies highlighting sound pollution as a potential risk factor had certainly made the situation even more challenging.

Kaul, who is also the Dean of Academics and Research, Batra Hospital and Medical Research Centre, said: “It’s important that while assessing the potential risk factors like obesity, physical activity, smoking and alcohol, now we also take levels of noise pollution into consideration and formulate the treatment modality accordingly.”

The study findings are important not just in terms of bringing an unidentified risk factor to the fore but also in helping policy makers and stakeholders in realigning the preventive strategies and treatment modalities to counter the challenges effectively.

According to the World Health Organization (WHO), heart failure impacts more than 60 million people worldwide.

In India, 23 per cent of heart failure patients die within one year of diagnosis, International Congestive Heart Failure (INTER-CHF) study has revealed, adding that the country is next to Africa where the rate stands at 34 per cent.

Of the total deaths, 46 per cent were due to cardiac issues, while non-cardiac causes led to 16 per cent deaths in patients in one year, according to the first comprehensive study on heart failures conducted across six geographies globally.