The born or become a leader is an argument that has been going on for decades. It is ignited with a new extraordinary leader who takes the stage. And so is the rise of Bill Gates that has been in the debates of born/became. There is no proof whether he was born to a leader, but his work throughout his life illustrates a pattern of actions on how he became a legend. 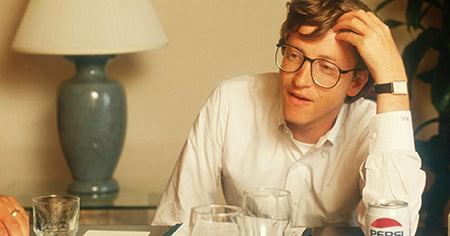 Bill Gates pursued what he loved

He was fascinated by computers at a young age and invested most of his time in learning how to program. Gates noted that it was important to pursue what he was passionate for which led to immense breakthroughs in computers. This includes the programming language BASIC and later for IBM the MS-DOS program. And in no time his love for computers became the foundation of Microsoft.

To work you should make sure it is something you love. When you are in an industry you are interested or even passionate about you will be willing to put efforts. If you are just in something for money it will show. You are more likely to be successful in something that you enjoy working every day for.

Gates knows that success only comes with hard work and cant be achieved overnight. He spent years working from his garage developing, programming and learning to create a solution with a global reach.

A leader knows that success is not a result of a good idea but a result of the labor and long hours invested. Leadership needs action and passion to turn the idea into a profitable business. Gates is known to work tremendously even after Microsoft gained success in order to develop products that communicate to their business and consumer needs.

A legendary leader will always look forward. And he doesn’t hesitate upon any challenges or mistakes in his path. Despite the remarkable success Gates had to contend with anti-trust litigation which claimed that Microsoft was a monopoly. After a 21 year battle in 2011, the case was finally put to rest.

Throughout this battle, Bill Gates was seen pursuing the strategy that he had laid out and walked his course. He focused on the future rather being distracted by his challenges. 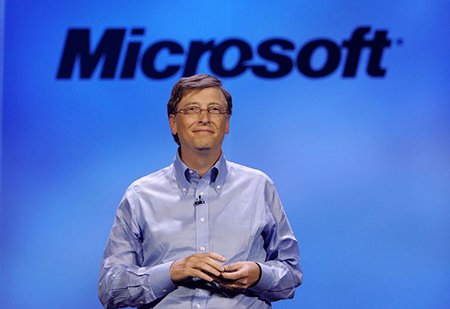 Bill Gates helps others by giving back

Being an incredible leader Gates takes the initiative to guide others in the right direction. He imparts his knowledge and experience and even provides with necessary resources to improve the lives and careers of others. He spends a significant amount of time in philanthropic efforts to give others. The Bill and Melinda Gates Foundation donated billions of dollars to causes across the globe bringing significant changes in the lives of adults and children.

Gates as a global corporate citizen demonstrates a character and focus on social responsibility. This also demonstrates his pursuit of finding solutions and bringing positive change in the world goes beyond just making a profit.

Leaders are fundamentally distinct from the rest. Most of them are smart and ambitious. But there are certain things beyond these aspects. Gates parents always encouraged him to think independently and gave him a value system that fostered determination, ethics, and consideration for others.

Gates went on to become a legend with his expert knowledge that he collected, the emotional intelligence that developed over the years, his passion for various industries and communities and the vision he proposed and executed on.