In 2015, Hemal Saraiya came across certain facts regarding pollution. There are many particulate matters in the air like dust, smoke, pollen, pet hair, bacteria etc. that are more harmful than any other pollutants in the air. This has increased tremendously in the past three years. Another fact that he discovered was that the Indian household fans, which exist in almost every house, can be a part of air cleansing other than the existing expensive air purifiers. 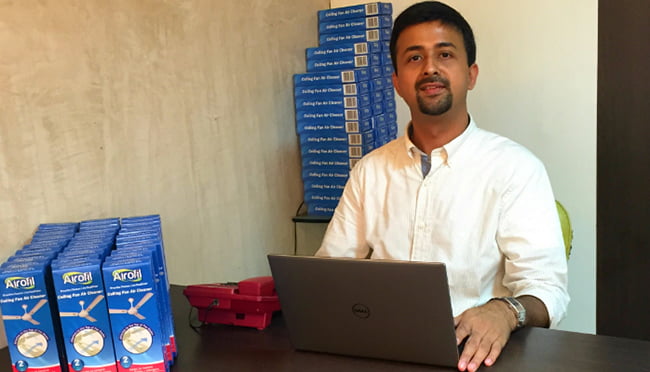 He himself settled on bringing this idea to execution as a simple solution to influence many lives.

Hemal Saraiya in his teenage would accompany his father to his textile trading company which made him curious about the way deals were cracked. He completed his finance studies as an undergrad from Stern School of Business, New York University. Later did his MBA from Goizueta Business School, Emory University. He set up a textile manufacturing company which gained high success within two and a half years. He set up healthcare startup which did not go well.

His curiosity to research about the air quality of India peaked when he saw an air purifier in Singapore at his friend’s house. The result about the quality of the air in India was dreadful which made him research about the options available for indoor air cleaning to households and offices. The result gave him two options available which were air purifying plants and many electronic air purifiers. Air purifying plants were difficult to maintain and on the other hand, electronic air purifiers were expensive, of whose benefits could be reaped only by higher income groups.

He popped up with an idea to develop an affordable product for air hygiene.

The usage of ceiling fans is high in income group’s household in India and other parts of South Asia. This made a clear path for him to become a pioneer for affordable air hygiene product.

Hemal’s company Air Care Innovations was launched in Mumbai and he began working on his first product, an air clear. (Not a purifier) 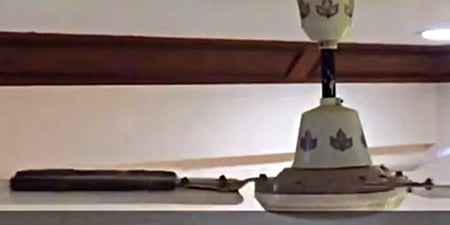 Airfil Air Cleaner, which costs about Rs 189, was invented. It is a distinct product and easily installable, which does not need electricity and is disposable. It works along the ceiling fan in a room as it captures dust, pollen as well as other allergens from the air. You just have to fix one of the air cleaners to the ceiling fan blade’s top. Each rotation would make the air cleaners to capture all the air particulate matters. Depending on the atmosphere it is being used at, each of the air cleaners potentially lasts up to 30 to 60 days.

The product is being promoted primarily via online campaign and word of mouth as well as in some store promotions. Their absolute challenge was to generate awareness about the product to the households in a cost effective manner. He found an early membership with Big Bazaar, which gave them the highest success and boost.

In 2015, the company produced a test batch and sold the first product online first time. With time, the product found its place in many supermarkets in Mumbai. 2016 was the year the company cracked the Big Bazaar deal, meanwhile increased the store numbers by 31 in Mumbai, Pune, Ghaziabad, Noida, New Delhi, Bangalore, and Hyderabad. They were consequently able to crack deals with Paytm, Amazon and Big Basket.

According to Hemal, there is no direct competition for his product but alternatives like the air purifying plants and electronic appliances do exist for the customers. Both alternatives have their bag of pros and cons. The focus of his product is to provide affordable and specific hygiene features that are easy to operate and leverages the pre-existing technology of the ceiling fan.

Hemal is now focused on finding more partners for distribution online as well as offline. He is working towards acquiring bigger partners that have modern formats, at the same time dealing with independent supermarkets in Mumbai, New Delhi, and Bangalore. The company is even focused on entering the commercial market with the intention to market the government.