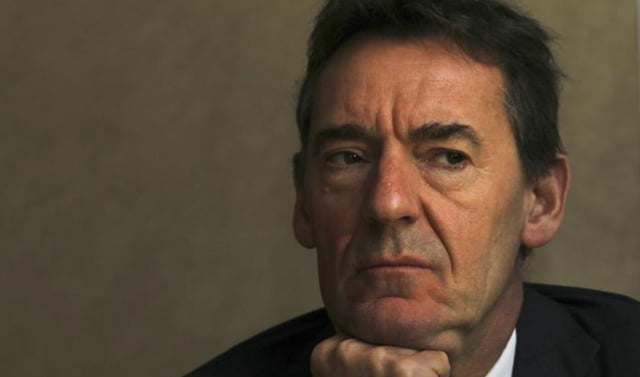 In an interview given to CNBC, Baron stated, “Thank God this didn’t start in somewhere like India, because there’s absolutely no way that the quality of Indian governance could move to react in the way that the Chinese have done, that’s the good side of the Chinese model, and I think you could probably say the same about Brazil too.” 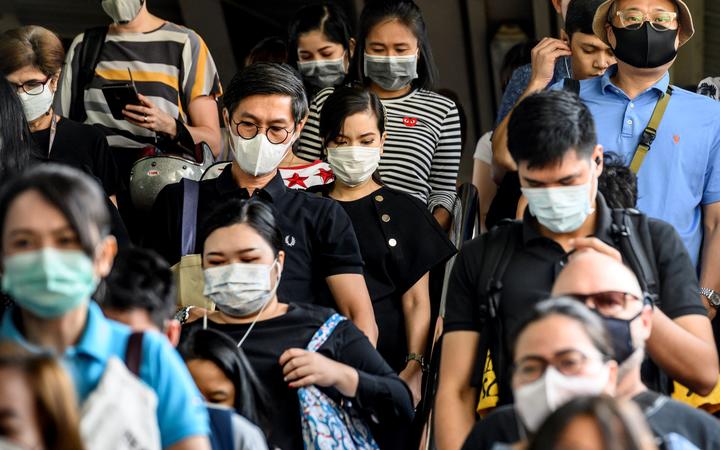 A twitter user named Shacind Ananthan with twitter handle @shacindananthan wrote a series of tweets to dismantle Baron’s statement on India, which is getting viral on social media.

Here is the complete thread –

A detailed thread to dismantle Jim O’Neill’s bigoted claim “thank god this didn’t start in India”. This will show how India has dealt with the treat of COVID-19 with far greater tenacity and firmness than ALMOST ALL countries.👇 https://t.co/GbXkGvQtTu 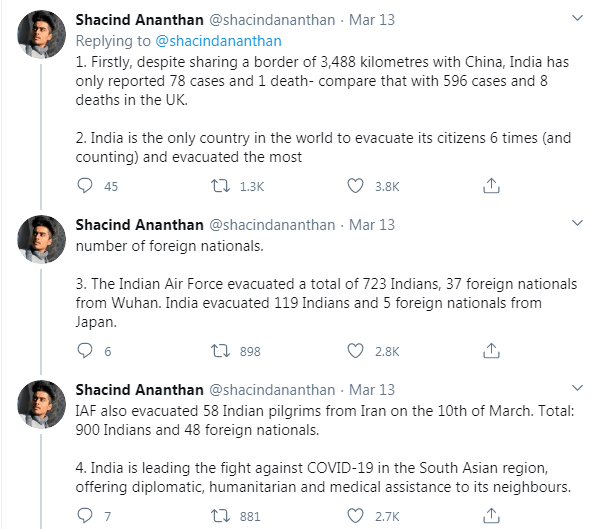 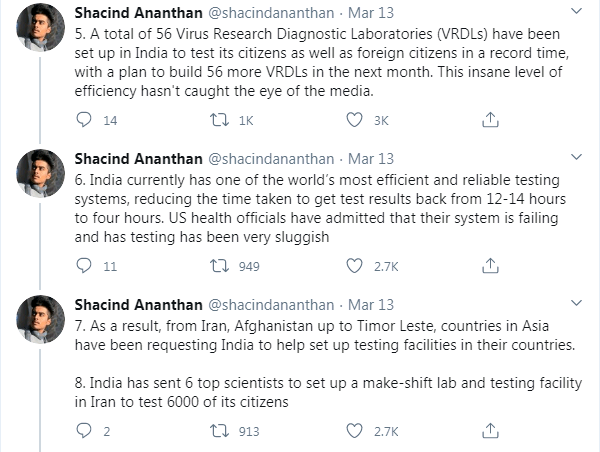 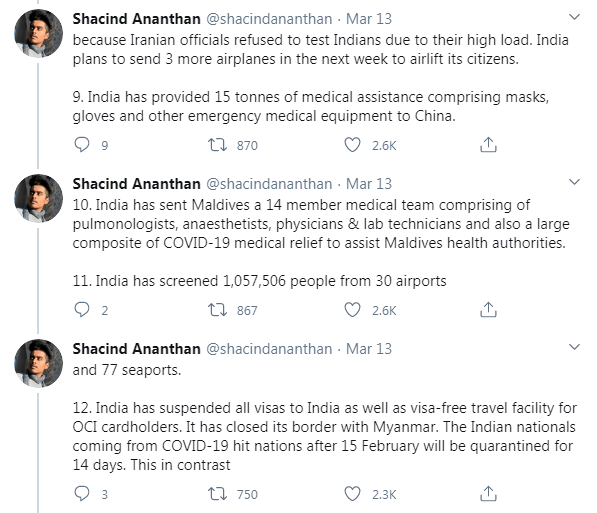 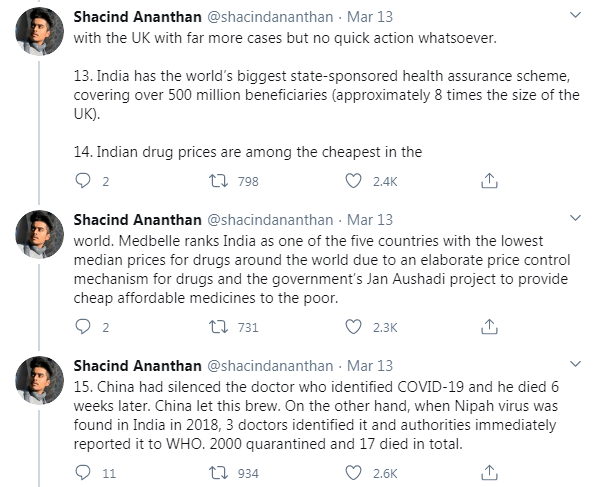 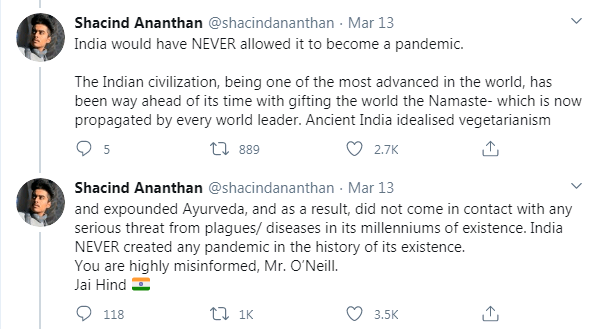 These epic tweets and replies have got a good response from Twitterati. So far, 360 coronavirus cases are reported in India till now. The country is in the 3rd stage of an epidemic where community to community infection has started. Moreover, the next few days are crucial for India now.