Ashok Khade is one of the motivational personalities that have transformed from extreme poverty to achieving thriving success in life. Today he is one amongst the biggest industrialists in India and his business has an annual turnover of Rs 500 crore. 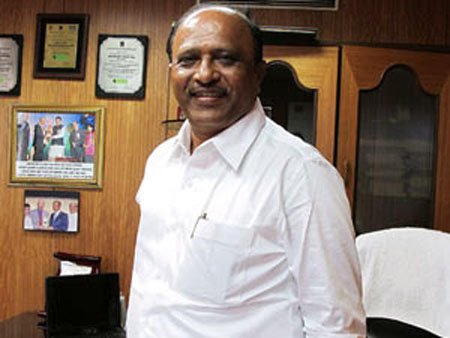 Ashok was born in Sangli district Maharashtra to a very poor family. His struggle began since childhood as his family had six children overall and at some days they had no food and had to sleep on an empty stomach. Then, his father decided to get a better job so he came down to Mumbai and became a cobbler. He worked for 12 hours sewing shoes and slippers sitting under a tree on the streets of Mumbai. However, he was still incapable of generating enough income to support his family.

Ashok continued his studies at a government school in his village and shifted to another village school after completing STD 7. He strongly believed that education was the only way out of their extreme poverty. He took inspiration from his poverty and pursued studying. After completing board exams, he went to Mumbai where his elder brother stayed.

His brother had meanwhile acquired a job as an apprentice welder in the Mazgaon Dockyard. His brother is the one who encouraged him to study in college, promising him to provide with the financial support he would need. But Ashok knew it would be too much burden for his brother and so he started giving tuitions to take care of his college expenses. He completed his graduation and wanted to study more but decided to work as an apprentice in the same dock as his brother to support his family. He earned Rs 90 as a monthly stipend.

Ashok’s exceptional handwriting was discovered and was offered training in ship designing and painting. Within four years, he became a permanent Draftsman and he designed ships. His salary increased to Rs 300 per month. However, Ashok still dreamt of doing something big in life for which he wanted to complete his higher education. So whilst working he enrolled in a diploma course which he successfully passed. 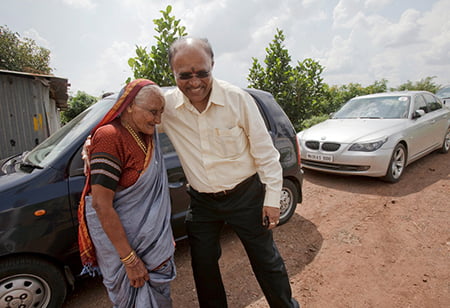 After completing four years Ashok was transferred to the dock’s quality control department. From the company, he got an opportunity to visit Germany where he was able to observe the world famous German technology. He then realized his own potentials and got a clear understanding of his goal in life.

Back in India, he launched his own firm along with his brother which was named Das Offshore Engineering Private Ltd. Initially, he struggled but his determination paid him off and today their company is one of the best in the industry. His client highlights are ONGC, British Gas, Hyundai, Essar, L&T etc. So far the company has completed 100 projects on the sea. The company has more than 4,500 employees with a yearly turnover of Rs 500 crore.